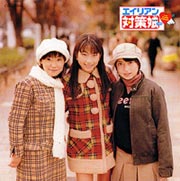 All the main actors were fairly young but one stands out from the rest in terms of age. Yuri's voice actor was really young when doing this series. Still in school even! She was born in 1987 and played a main character for Alien Nine which was released in 2001 so that would of made her 14 at the time or younger! Pretty amazing.

Some of the other actors are pretty prolific, such as Shimizu Kaori who also did Lain and Hisakawa Aya who did Skuld from Oh! My Goddess. They've all done some pretty key characters from anime history actually.

Click on a thumbnail image below to view the full image. Images are from the Alien Nine Bonus DVD. If you're interested in learning seeing more of the voice actors and their friendship during the filming of the show I recommend checking out the bonus Japanese DVD which contains a lot of footage of the trio together. The Store section has tips on purchasing it. 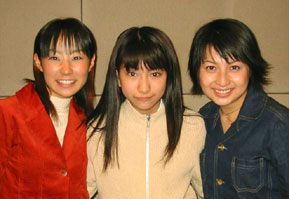 The voice actor for Yuri Otani.

The voice actor for Kumi Kawamura.

The voice actor for Kasumi Tomine.

The table below contains some information obtained from the Online Seiyuu Database before it died. 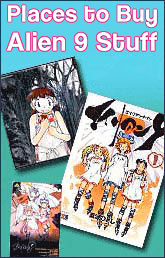