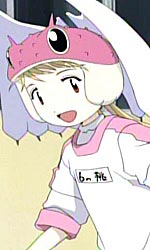 Kasumi's character is a bizarre show of incessant happiness, or so it would seem. She appears to be content, perfect and someone who has it all and is loving every bit of it. However, as always, what you see on the surface pf Alien 9 is not always the real thing, you have to look deeper. So in truth she is putting up a front to hide her deep sadness at losing her brother which tore her apart from within.

When Kumi tries to walk away from Kasumi and the others at the birthday party, Kasumi reacts strongly. Just as her brother walked away from her, so was Kumi, and this is something Kasumi fears the most, losing people close to her and them moving away from the group that surrounds her. However, as Kasumi tries so hard to put up a wall of outer happiness around that fact she could not communicate this properly and so used her alternative word nya (which must be a word she likes to use when she can't communicate a feeling, a strong feeling, into coherent words, as when she's very excited, happy or even angry she will go nya but at other times will talk). I would say though that by teaching herself to keep any negative feelings locked inside we find that she does not know how to express herself within any negative situation other than with nya. 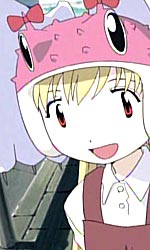 You will notice that when we see Kasumi's flashback during the 4th episode she looks different, her hair is straight and she wears no flowers. In this flashback it cuts from her in this form, crying, to her as she appears currently, smiling even with the image of her brother disappearing right infront of her. In other words I believe Kasumi changed herself after the incident with her brother and that it is evidence that the Kasumi we see throughout most of the series, is not truly who she is or wants to be, just who she became as a result of her past. After her loss I believe she felt she had to make up for this huge void in her life by exxagerating a part of herself, so that she would not make the other people she loved (e.g. the rest of her family) sad she amplified her happy side to cover her inner desparation and continued to do what she did before, excel at everything and anything without a second thought to it. She may also of continued to do these activities because they were nice distractions, maybe at first trying her best was truly only about loving these things she did but after the incident one has to wonder whether she tried hard because she was trying hard to forget and drive away her past from her mind, whilst also attempting to cover it with a blanket of sugar-coated fake happiness.

Missing Piece of the Puzzle

Later in this episode we also see the alien Yellow Knife, who she believes is her brother, entering her body. I believe this signifies that Kasumi cares so much about her brother that she believes strongly that he is a part of her, and so of course losing him was like losing a part of herself. And she is blissfully happy with the delusion that he has finally returned to her regardless of the fact that the truth is right infront of her. Even when Yuri tries to tell her this, Kasumi yells for her to go away, she does not want to break from the delusion. Kasumi also acts differently during this episode, she talks more after she feels her brother has been returned to her. I believe this is because she has dropped her front as she no longer has a need for it, all that matters to her is doing everything in her power to protect her brother for fear of losing him yet again. 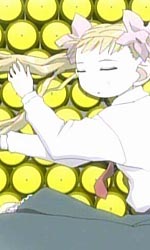 Invasion of the Body Snatchers

After Yellow Knife dies we see that Kasumi is yet again emotionally distressed at this fact from her single expression whilst Yellow Knife is disappearing. However Kasumi does not cry, nor does she say anything. Later she is looking solemn and quiet, and her borg asks the question You are Kasumi, are you not?, I feel this scene reinforces the situation I see Kasumi in, she cannot truly be herself or act according to her true feelings because it means not being the Kasumi people want her to be. By being quiet or solemn she is seen not to be "Kasumi" and her identity is even questioned, so she builds her front back up so as not to dissapoint others, forgetting her own feelings.

I think it is a shame that Kasumi is so caught up in her brother's shadow though that she forgets the people around her and how much they could have helped her to open up more if she had of learnt that she didn't need to act the happy happy girl every moment of her life and could cry if she wanted to or of talked to someone about her brother more. But then who could she of talked to that didn't already expect her to be the way she made herself act? 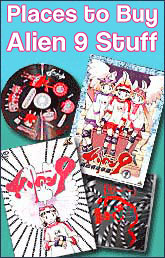