Yuri hates aliens. Did I really need to say this? 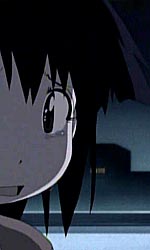 Fusing with her alien would be the toughest for her. She sucks at catching aliens for experience and well, she hates aliens. Everything about aliens. And I don't think she'll ever like them again. Sure, she'll get use to them, I mean she has to just like she had to join the party, but she still will hate them. Her borg was getting pretty pissed at this by volume 3. Borg protected her and offered to live symbiotically for about a whole year. And Yuri still didn't want to fuse. So in volume 3, by the best interest of Ms Hisakawa and the drill clan, Yuri would be forced to fuse with borg.

Nice try borg but um, Kasumi and Kumi kinda put a kink in you guy's plans. Which could be a good thing or a bad thing: Good because it means shes still human, bad because it means shes still human. What I mean to say is, being a human in the situation that the earth is in isn't really the best thing. Kumi and Kasumi don't really know this because, hell, they still have no friggin clue whats going on themselves.

The sunflower clan took advantage of Yuri. Her body was prepared to fuse with an alien, and the agressive sunflower clan did just that -- but not completely. They wrecked her mind a bit and tricked her into thinking aliens are fun! But the Yuri deep on the inside still hated aliens. If it was Kumi or Kasumi being brought into the Sunflower clan, they probably wouldnt refuse fusing because they don't hate aliens and the agressive aliens would take that pysche to their advantage.

Anywho. In the end, the only memory that would determine Alien / Not Alien for Yuri was that of Kumi. Awww, how romantic... in a morbid sort of way. Even though Kumi was technically an Alien, her heart didn't let her to believe it was so. Note: Seeing as a kiss from Kumi reminded Yuri of her, I am led to believe that Kumi and Yuri shared a kiss at least once earlier. Just a little something for you shoujo ai fans to think about.

By the end, Yuri fused with her borg. It doesn't really show that certain event or say this, but it did show her hair curling into a borg drill.

Welcome to the Alien Party, Yuri. You're in it for life. 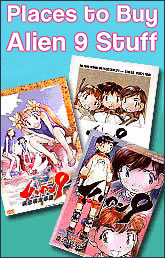