Images from the Alien Nine Bonus DVD. The DVD features various behind the scenes footage. The Store section has tips on purchasing it. 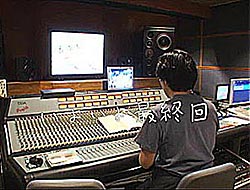 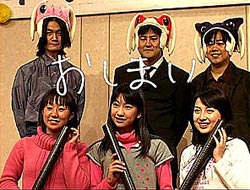 Timing screen for the voice recordings.

Some of the key members of production staff for the Japanese version of Alien 9 have some impressive credits. Including producer Taro Maki who became president of Genco animation studio. Series planner Sadayuki Murai also wrote for Cowboy Bebop and my other favourite obscure anime series, Kino's Journey.